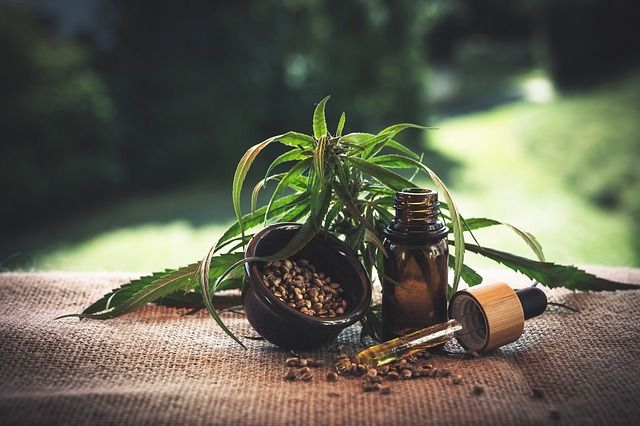 What is CBD oil? Its benefits, USe, Legal Status, and Potential Risks

CBD stands for Cannabidiol. It is oil that is derived from the Cannabis plant. CBD oil has extraordinary benefits as well as some risks. There are various compounds present in CBD that have different effects. Many of them are useful for different treatments. Here, we are going to discuss CBD oil, its benefits, ways to use and potential risks.

What is CBD oil?

CBD oil is the extraction of the Cannabis plant. Many scientists are working on the therapeutic uses of CBD oil. The common name of the Cannabis plant is Marijuana. It has two major compounds delta-9-tetrahydrocannabinol (THC) and CBD. Both compounds have various effects. However, the most effective compound in Cannabis is THC. It has a great psychological effect when someone smells its smoke or uses in cooking.

A lot of benefits of CBD oils have been reported. Some of them have been described here.

CBD oil can help to release anxiety and depression problems in humans. However, it has not been tested many times to check its effect in releasing anxiety. A study was conducted in recent years where more than 50 people were given a small dose of CBD oil or sugar pill with no CBD (Placebo). People have to present speeches in a public event.

The researchers analyzed the people to check their anxiety levels during speaking. They used a scale called the Visual analog mood scale. The people who took a dose of 300mg CBD oil have been reported less anxiety as compared to those who didn’t take CBD oil. However, this study was organized at small scale and no specific result can be drawn on the basis of this study. In future, more studies are required to test the effectiveness of CBD oil.

In the Treatment of Epilepsy

CBD oil is effective in the treatment of epileptic seizures. The use of CBD oil was not approved in previous years but in 2018, FDA approved its use under the name of Epidiolex. Epidiolex is a CBD brand that is used to treat seizures caused by Lennox-Gastaut and Dravet syndrome. These are two forms of epilepsy.

FDA approved this brand on the basis of three studies. More than 500 people who have epilepsy syndrome took part in this study. Epidiolex was given to some people with other medication and a decrease in seizure was observed as compared to those people who have not been given Epidiolex.

CBD oil is effective to get relief from pain. In 2017, a study was conducted on animals to check the effectiveness of CBD oil. CBD was applied on the skin of rats with osteoarthritis. A significant reduction was observed in joint pain and inflammation. However, it was also observed that the continuous use of CBD prevented pain and nerve damage.

It has been reported that CBD oil helps to reduce the glucose level in human cells, especially those which cause diabetes and other complications. Therefore, researchers are convinced in the use of CBD oil for diabetic patients. Further, a study was conducted where 2 diabetic patients were given CBD oil. CBD improved the regulation of insulin in their bodies and made them healthy.

The patients experienced great relief in pain, especially those who were given extract containing both compounds THC and CBD as compared to those who received only THC.

No doubt, CBD is effective against cancer symptoms but still more study and research is needed to determine the regular use of CBD to treat cancer. If you are suffering from cancer and want to use CBD oil, consult your doctor because in some cases CBD may not be appropriate.

CBD is legal in some states of the US while in other states it is considered illegal. CBD oil with 0.3% THC is legal on the federal level while Cannabis-derived CBD is not allowed. If you are moving to any other state, check their law.

After knowing the many benefits of CBD, researchers have concluded that CBD oil has also some potential risks with its great benefits. There are two major concerns about CBD use. CBD increases the level of other medications in the human body just like the action of grapefruit juice. It is being sold as a supplement and might not have been tested properly by FDA.

Risks of CBD When Used With Other Medications

When CBD is taken with other medications, it can cause some complications. Some of them have been discussed here.

CBD can act as a blood thinner when used with other medications. The research was conducted to study the interaction between pharmaceutical-grade cannabidiol and Warfarin. Warfarin is a widely used oral coagulant. If the metabolism of blood thinner is disrupted by CBD, dangerous bleeding can occur. So, it’s important to use the Epidiolex with the permission of doctors.

No doubt, FDA has approved the use of CBD oil for epileptic seizures but the incorrect dose may cause aggression in seizures. Therefore, this should be used under medical supervision.

Many of the chemo drugs have the same rate of metabolization. If CBD decreases the rate, the concentration of the drug will be increased and may cause toxicity.

How To Make A Song A Ringtone On...

LuckyCrush and its 5 Best Alternatives 2022

How to Use the Spotify Web Player? Ultimate...

Reason to Choose the 4k Gaming Monitor Under...