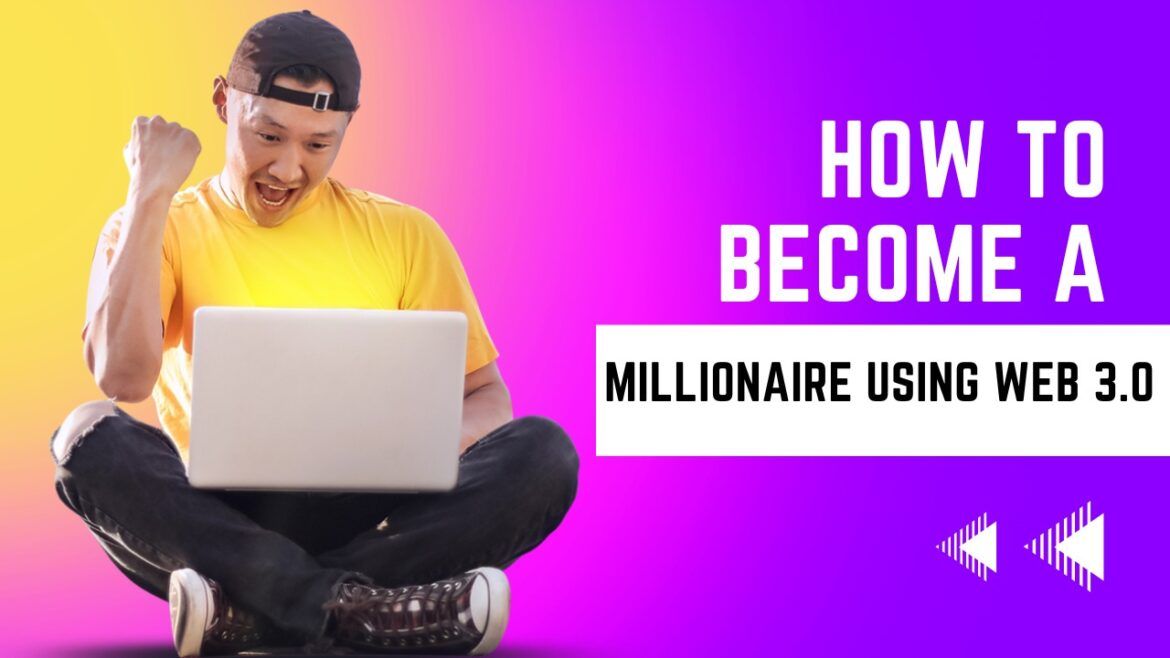 Most people do not know what the internet is actually. You and I are also involved in searching for the answer to this pretty question. We are losing many natural featured aspects of the internet due to this reason.

Here I am going to tell you about the upcoming new featured Web 3.0 internet and how we can earn money from this new internet version.

But we have to know first about past versions of the internet which are Web 1.0 and Web 2.0.

This version of the web was introduced in 1990 and its era was up to 2005. As a blogger, I would like to mention that I have earned from Web 1.0 too much—a lot of domains I purchased and sold to other people.

Web 1.0 included only reading ability just like a magazine or a newspaper. We could only read and couldn’t interact with the content. One thing more about Web 1.0, we only see the photos, but it was too difficult to see them easily on the browser.

These photos were mostly black and white and their appearance time on the web was too slow because the speed of Web 1.0 was almost 100Kb. These photos could be seen using DSL connections at that time.

We met here with many big companies through Web 1.0. One of them was Netscape which was known as a big agency of internet in the world at that time. Netscape had its own web browser and internet explorer. These browsers were at the top of the market at that moment.

Similarly, Yahoo! And Yahoo News! They were also well-reputed companies.

Guys, you can imagine it’s a boring situation as compared to the present internet due to less speed of Web 1.0. But however, I would like to mention that it was the beginning of Web World.

This internet version was launched in 2005 and lasted until almost 2020. In Web 2.0, we got the ability to read, and write content. Also using this web version we got the opportunity to create our own content, which made us content writers.

Another interesting fact about Web 2.0 was that people could interact with the web and feel a new fabulous experience of the internet. This new featured internet gave us to flash. It increased credibility with the web world.

We also got video content in Web 2.0, which becomes a very good feature of this web. Because in the previous Web we could see only photos and read-only content. There was no any interaction option, but here we could interact with the web.

All the things have gone under the shed of these big companies. That had all access to our data and could change our private data. They became our leading path agencies which clearly mean we were under the control of these monsters.

People, who worked on flash, wasted all of their data because these agencies take over the internet market. Similarly, in 2010, iPhone became famous due to its smartphone technology that turned the whole world into a smart world. Apple decided that we would not run flash, because flash is the application of Adobe.

Both were against each other, and with the popularity of smart technology, the work on flash by people diminished. Apple introduced its own play store and got more fame regarding the apps.

Google also launched its own play store for downloading the apps so; there was no option for the users to upload, download or run the apps through these big brands.

If we would talk about the earnings in Web 2.0, then it was clearly well known that all of the profits were under the control of big internet agencies. For example, the ads that ran on YouTube on your video content gave you 55% part of your earnings, and 45% almost is kept by YouTube.

Similarly, other platforms like Google and Facebook also keep your maximum earnings. If you are a website owner or an admin of a FB page, and absence is running then, you have to pay max money to these agencies.

I think it’s enough about these two old web versions. If you feel this is not enough then comment, I will write you more details.

This is the most innovative version of the internet. It started in 2020 but has not been fully implemented yet. Actually, Web 3.0 is not handled by a specific company.

It is a platform basically. I would like to say Web 3.0 DAO, which means Digital Autonomous Organization and it will not be under the supervision of any specific owner or company.

That seems to be very interesting to get a great margin that clearly means we will get the freedom of speech through Web 3.0.

There is no Cloud Clare or Dropbox as we have used in the past. Actually, Web 3.0 is an open book because all the things are running through blockchains. You can read, write, create or change and fully interact with the web.

Oh! I remembered another best example of Web 3.0 and that is Metaverse by Facebook. As I mentioned above using We 1.0, we can only see the photos and in Web 2.0 more features were introduced like pictures, videos, animations, and content writing.

So, in Metaverse due to the incredible increase in bandwidth, when we have to purchase something online then, we can feel or touch it realistically. Similarly, we can play games in Metaverse and take feelings in reality.

Moreover, Web 3.0 gives us high-speed internet in TB. This marvelous internet feature and apps will be seen on Web 3.0. There will be no Google, YouTube, FB, or any other big brand that will control all things. People will interact with each other and will control their self all features.

They will be partners and Stakeholders. That is the actual Web 3.0.

Here, digital currency like BTC or NFT will be utilized because no one can print it. This will give us a chance to attain power as members of such platforms.

In Web 3.0 the person that uploads more and more content, will have more ownership. All the things will be automatic; no agency will control this web version.

For example, we talk about a music content creator, If he makes a piece of music then he finds a music distributor.

This music company owner has links with many channels or brands, where this person uploads the content. Due to this man, all of the music content will spread to the audience. It’s all according to Web 1.0 and Web 2.0.

But using Web 3.0, the creator can sell or spread his music content open to the audience. In this way, he will be only the owner of his content and he has no need of any middleman like YouTube or FB, who takes a big % of the creator’s money.

90% commission of money will be granted to the creator and 10% will be to the platform.

Guys! Be prepared for this type of version and see the new horizon of the internet.

In the end, I would like to say that Web 3.0 is the more advanced version of Web 1.0 and Web 2.0. It contains advanced feature internet and has fast speed.

Web 3.0 will give all of us freedom of speech and we will say openly to the world. No restrictions will be applied like FB and YouTube as well as earnings will be improved.

Now there is a need to work hard and more by adopting Web 3.0 so that we can earn more money from this internet. Guys! Now it’s your turn to rise up and do the impossible things with Web 3.0

If you think something is missing, you can freely comment! Thanks for being with us have a nice time.

What is CBD oil? Its benefits, USe, Legal Status, and Potential Risks

How does Marketing Automation Work in 2022?

LuckyCrush and its 5 Best Alternatives 2022

What is link building for SEO and how...

The Stages of Game Development That You Should...

Do You Want to Grow Your Business With...